How it all started!

A couple years ago, 8 years ago actually, I started working for an Independent Chinese Television station based in New York, New Tang Dynasty Television. I was in the English News Team focusing on news about China and Human Rights. People in our team came from all over the world, and the atmosphere was very friendly, they were not that many Westerners like me but whoever was in the team had a certain passion and interest in China and Traditional Chinese culture in particular.

Some of the other « tea guys » were Ben, Chris and Dan, who ended up having very popular Youtube Channels.

Back then, I got involved in a Television Documentary Series called « Journey to the East». I only helped for two or three episodes, one about the ancient instrument called Guqin and another one about the Japanese Tea Ceremony.

The producer knew I had an interest in tea and we shot most of the footage in NYC. For example, one of the things I had to do was to set up the appointments for the shooting of the Japanese tea ceremony.

While researching a bit more about the tea places in NYC I realized there is actually a little community trying to preserve tea culture in the city, but they are often originally from either Japan or China and don’t necessarily connect easily with Western Culture and because of their humble nature, they don’t really market themselves that well so we end up not knowing that they exist and are trying to preserve this art silently.

Part of the mission of the television I worked for was to facilitate mutual understanding between the East and West. From my experience, Eastern culture or Chinese culture has much more depth than I will ever realize, it’s just so different from the Western culture and without knowing the language (Mandarin), here in the West we are only scratching the surface. That « surface » is still worth discovering and I see it as a gift for Humanity. It manifests through Tea Culture, Philosophy, Chinese Medicine, Arts (Martial Arts, Dance, etc.)  When I say Chinese, I mean traditional Chinese culture rooted in 5,000 years of tradition based on Buddhism, Taoism, and Confucianism. There is so much to it, and what we get here in the West is a glimpse only, “a translation”, that is still delightful but opens only a small door.

One way this culture is available to us is through tea. That is why I decided to focus on it here and that’s why my blog’s name is « Humble Tea Leaf ». 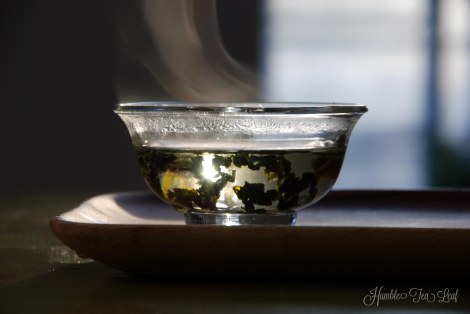 I chose « Humble » as a way to reference traditional Chinese culture, that I understand being deeply spiritual, infused with Humility, connected to the Elements, Nature, the Universe, and Man. This is of course, my personal interpretation, my take on it if you will. Needless to say that each time I drink tea I don’t dive into deep philosophical thoughts but I always have them in the back of my mind. (I do think about stuff like that often, perhaps because I am an only child and it’s what you do when you’re bored: you imagine, think, create and observe this world we live in… Parents, allow your kids to be bored!!!!)

I mention mostly Chinese culture not out of disrespect towards Japanese culture which I love and appreciate as well, but mainly because they had such a huge influence in Asia and a lot of it was adopted by Japan, Korea.. later on. A great read about this topic ☛How Japan Got Its Name and Other Influences From China’s Tang Dynasty

When I worked at NTD Television, I met a lot of Chinese people on a daily basis, some of them became dear friends. Not only they introduced me to the beauty and knowledge of Chinese culture but they also allowed me to discover how much I loved it through tea. Taiwanese colleagues introduced me to Oriental Beauty, the Hundreds Year old Tea Trees of Yunnan and High Mountain Oolong they would bring from their last trip back home. Each time they traveled to Taiwan for the holidays I would always order some tea from them. They said to me that the best tea never leaves the homeland (China or Taiwan), it’s never sold to foreigners, what’s sold to foreigners is the lowest quality even when it’s imported. This information got me super curious as to try what’s sold right there, directly in Taiwan or China. One day I’ll go 🙂

I think there is a new found love for tea floating in the streets of New York City. It’s something I heard the CEO of La Colombe say at a Tea Tasting at his coffee shop: « Nowadays, six times more people are ordering tea ».My interpretation is that our generation (Yay Millenials are awesome!) loves to experience things vs. buying houses and cars, mortgages and death…. ok ok I got carried away! And traveling is

My interpretation is that our generation (Yay Millenials are awesome!) loves to experience things vs. buying things like houses and cars,… mortgages and death…. ok ok getting carried away here! And traveling is a big part of the « Experience ». See how this is normal to us now: Couchsurfing, AirBnb, cheap flights…and all these videos on Youtube giving you tips on how to pack, what to pack, how to go through customs, what makeup to wear when you’re preparing to fly abroad etc. Yes, nothing new here… I have been traveling since I am 6 years old and I remember I felt the jealousy of our neighbors because my family was abroad a lot we were seen as the « rich » people even though it was for my father’s job. I never dared to tell I traveled to crazy countries like Egypt or Venezuela at my school even to my teacher because for the most of them they didn’t travel abroad (it was in France). They wouldn’t think it’s « cool », they would resent me for it, because in the 90s it was still expensive to travel by plane even more so when you cross an ocean.

So for the Millenial generation of today who got the chance to travel to Taiwan, China or maybe India for example. I would imagine how naturally they would fall in love with these new mysterious lands, smells, colors, people, I also bet one of the great discoveries they made is tea, loose tea. It’s like discovering a gold nugget for the first time, « yep, it’s how it looks like, like a little golden piece of rock in its natural habitat ». Because we travel to explore, open our horizon, we come back a brand new person and this new person will need to implement the experiences made in these foreign place that changed our lives otherwise it will be forgotten, die and disappear. I think this could be one of the reasons the interest in drinking loose tea is rising. The world of loose tea is just enormous and maybe I am pushing it a bit. Or, it comes from experience. After we had tea in the desert in Mauritania, a lot of the people I shared this experience with had to bring it home somehow. (Getting a tea set and some gunpowder tea) But trying to reproduce an experience that connects you to a new culture, but this time at home isn’t the same thing.

I started as a casual yet regular tea drinker but I grew to become more of an enthusiast who loves to share my discoveries with my family and friends, it’s my humble way to contribute in preserving a certain legacy of the past. My experiences, how tea linked me to my travels and meeting amazing people along the way. Thanks for reading this whole thing, hope you enjoyed! Feel free to share some of your experiences related to tea, traveling, exploring, memories, experiences, I am the curious type.

The Tea Episode I mentioned to you above, watch it here:

In the following video, Ben shows us how to Brew Taiwanese High Mountain Oolong Tea:

Thanks for stopping by.
This creative space is dedicated to tea.
I mainly write about loose teas I already know or love and sometimes new ones I review.
This blog gives me a good excuse to do something else I love: photography.
I love taking pictures with natural light, and most of the posts I publish are illustrated by me.
Some of the content here will be related to tea in New York City from office tea drinking hacks, to tea container reviews or cultural tea events in the city. Enjoy! 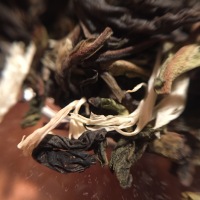